Now is the great time to put your Joy-Con to better use. Introducing Taiko no Tatsujin: Nintendo Switch Version! Taiko no Tatsujin is also known as Taiko: Drum Master. And it boasts complete songs from Splatoon 2 and Super Mario Odyssey.

The game will feature over 70 songs. However, there are only 20 songs confirmed as of press time. You can choose from various genres such as Game Music, Classical, Variety, Vocaloid songs, Anime theme songs, and Pop.

Below are the confirmed songs for Taiko no Tatsujin: Nintendo Switch Version! 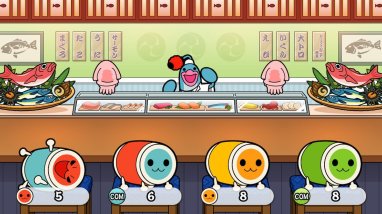